Looking for weight loss in a natural way? Keto might be the answer. 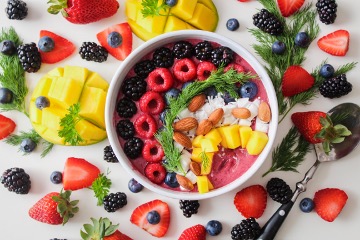 In a recent BBC interview, Prince Charles said, "We must put nature back at the heart of the equation."

This is a powerful statement despite the reservations that some of you might have about him. His portrayal in the much-discussed television show, The Crown, has raised many eyebrows and debates.

Anywho, narratives of bringing nature back to our lives, staying close with nature have enthralled the public sphere in recent times. Contrarily, millions of dollars have also been spent on junk food advertising every year, luring our minds towards unhealthy changes.

However, thoughts of altering our lifestyle with healthy eating habits have long been harbored in many minds.

Among numerous other diets—such as Atkins—that keep popping up on our google feeds, ketogenic diet—a low-carbohydrate, high-fat diet—helps follow a clean diet comprising natural products and no processed food.

Studies have found the ketogenic diet to be effective for weight loss, diabetes, and epilepsy. However, its long-term efficacy needs to be investigated.

Originally coined by Russel Wilder in 1921, the 'ketogenic diet' was first used to treat epilepsy and continued to do so in the health landscape. But, in recent years, this diet has resurfaced as a formula for weight loss along with other wonders.

The two fundamental tenets of this diet are low- carbohydrate and high-fat. The intake varies based on a person's physiology.

Typically, a ketogenic diet restricts carb (carbohydrate) intake to less than 10 percent, protein intake to 20 percent, while the rest is made up of fat.

A ketogenic diet is essentially a high-fat based diet.

High carb foods such as grains, rice, potatoes, pastries, bread, pasta, and most fruits, plus the obvious sugar-sweetened beverages, cake, and candy, are restricted or limited.

This diet induces ketosis in the body. The body starts to run on ketones and reaches ketosis.

Ketosis is a natural metabolic state that increases blood ketone levels. During this process, the body burns fat into smaller energy molecules called ketones to produce energy due to the absence of enough carbohydrates in the body, similar to bodies mechanism of converting carbohydrates into sugar. This accelerates the fat-burning process resulting in weight loss.

In this diet, as you remove sugar and carbs from your diet, your body uses all the extra glucose in the body, thus, resetting the blood sugar and insulin levels.

The benefits of a ketogenic diet are many, and weight loss is just one of them!